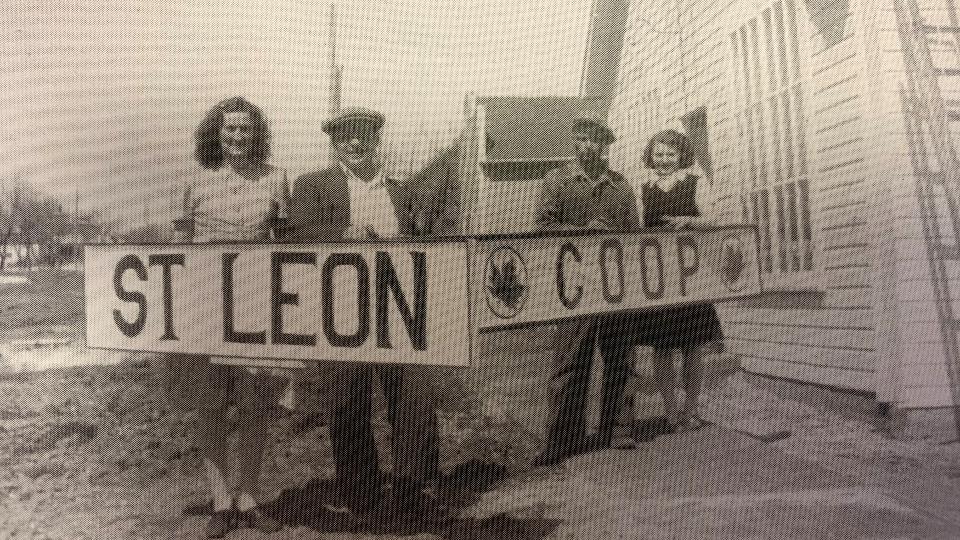 Co-operatives have a long history of serving members in Western Canada. In the early 20th century, people worked together to create retail co-operatives in many towns in the four western Canadian provinces (Manitoba, Saskatchewan, Alberta and British Columbia).

We pride ourselves on our customer service and invite you to visit a location closest to you. When you visit, we strive to make you to feel like “You’re at home here.”

You can read more about Pembina Consumers Co-op (2000) Ltd's history below.

The Co-opérative Saint-Léon, Ltée (St. Leon Co-op) was incorporated on August 26, 1942. From a very modest beginning, the Co-op steadily grew through expanding its services to include petroleum, building materials, crop inputs and food. Through strong support of its members and the leadership of Raynald Labossière, who managed the co-operative for 46 years, St. Leon Co-op expanded to serve the communities of Saint-Léon, Notre-Dame-de-Lourdes, Altamont, Saint-Claude, Manitou, Souris, Pilot Mound and Crystal City. Although the co-op offered a wide arrangement of services, it was best known for its construction business and the ready to move homes that were sold throughout Manitoba.

Mariapolis Consumers Co-operative Ltd (Mariapolis Co-op) was incorporated on May 8, 1946. Under the guidance of Lou Deschouwer, who managed the co-operative for 37 years, Mariapolis Co-op expanded its services into the communities of Swan Lake, Baldur, Glenboro and Cypress River. Mariapolis Co-op was regarded as a leader in the farm input business and had built up a strong petroleum business.

Early in 2000, the Boards of St. Leon Co-op and Mariapolis Co-op met to explore the potential benefits by amalgamating the two co-operatives. In June, the members approved the amalgamation and Pembina Consumers Co-op (2000) Ltd (Pembina Co-op) was incorporated on February 1, 2001. Pembina Co-op was able to leverage St. Leon Co-op's strength in building materials with Mariapolis Co-op's strength in farm supplies to create a much stronger retail co-op. Pembina Co-op was also able to improve its petroleum services through the expansion of fuel cardlock facilities throughout most of the Co-op's trading area. Pembina Co-op expanded into Oakbank with the construction of a building centre in 2008 and discontinued its operations in Altamont in 2003 when fire destroyed the garage.

In 2006, the Board and Management of Pembina Co-op and Minto United Farmers Co-operative Association Ltd (Minto Co-op) held preliminary meetings to explore the benefits of merging the two co-operatives. After reviewing the alternatives available, the Minto Co-op Board decided that it was in the best interest of the Co-op's membership to dissolve Minto Co-op and sell the assets to Pembina Co-op. While there was an immediate financial benefit to the members of Minto Co-op, they were placing a great deal of faith in Pembina Co-op that it would continue to operate the agro centre. By becoming part of a larger co-operative, Minto Agro was able to achieve greater economies of scale and be more competitive in the marketplace. Minto residents purchased memberships in Pembina Co-op and support the Co-op very well. This has enabled Pembina Co-op to expand the service offering to include fertilizer.

In 2008, the Board and Management of Pembina Co-op and Homewood Co-operative Oil & Supplies Ltd. (Homewood Co-op) held meetings to discuss the potential benefits of amalgamating the two retails. Homewood Co-op's primary focus was retailing crop inputs and petroleum. By combining its operations with Pembina Co-op, Homewood area members would benefit through the economies of scale offered by a larger Co-op. The members of each co-op approved the amalgamation in December, 2009 and the amalgamation was completed on February 1, 2009. Since that date, the Homewood operations have been consolidated within the Agro site, a long term vision of the Homewood Co-op board. 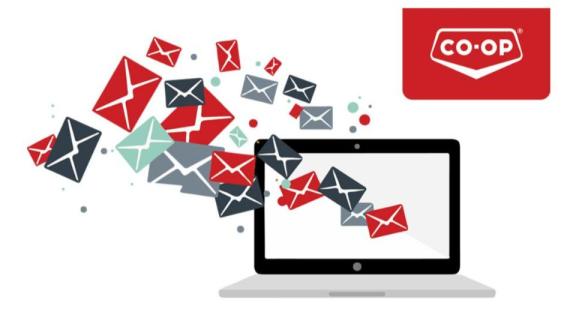 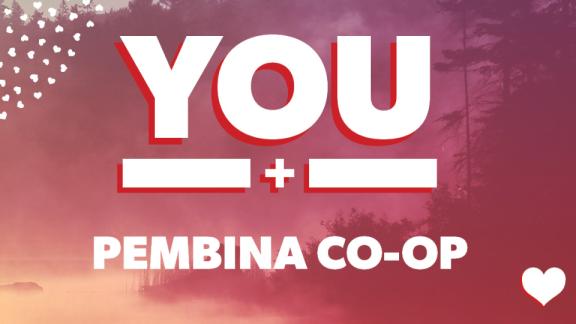