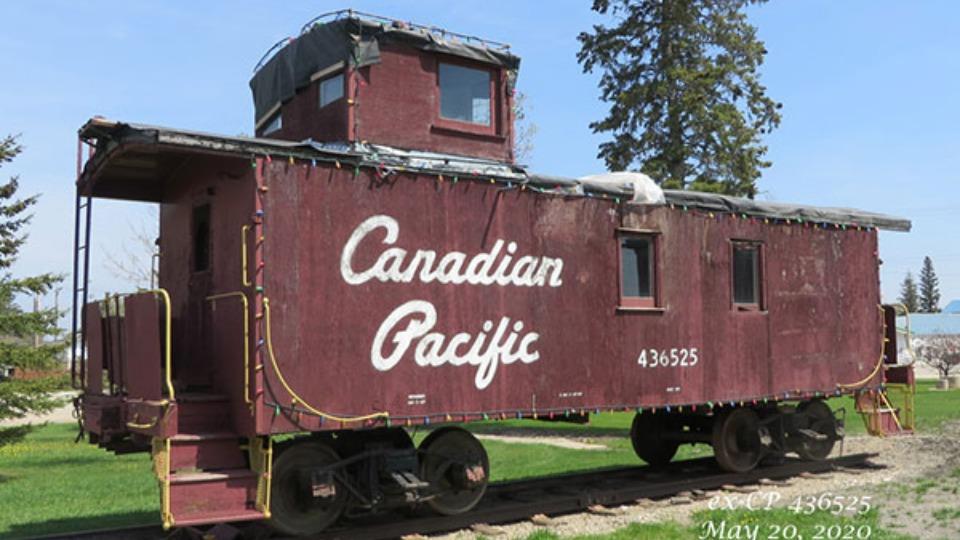 When Rob Lesage at St. Leon Home Centre got a phone call from The Miami Railway Station Museum representative Joan Driedger, he was more than happy to assist her with the application process for the Co-op Communities in Full Colour Campaign last summer!

Each year, Pembina Co-op Home Centre and Hardware locations are awarded a specific amount of paint to donate to local community initiatives.  The Co-op Retailing System (CRS) provides a way for organizations to apply online and the application is then sent to the closest location for final review.

Communities in Full Colour is a community-investment commitment that gives back to the places Co-op calls home!!

To learn more about COMMUNITIES IN FULL COLOUR — click HERE! 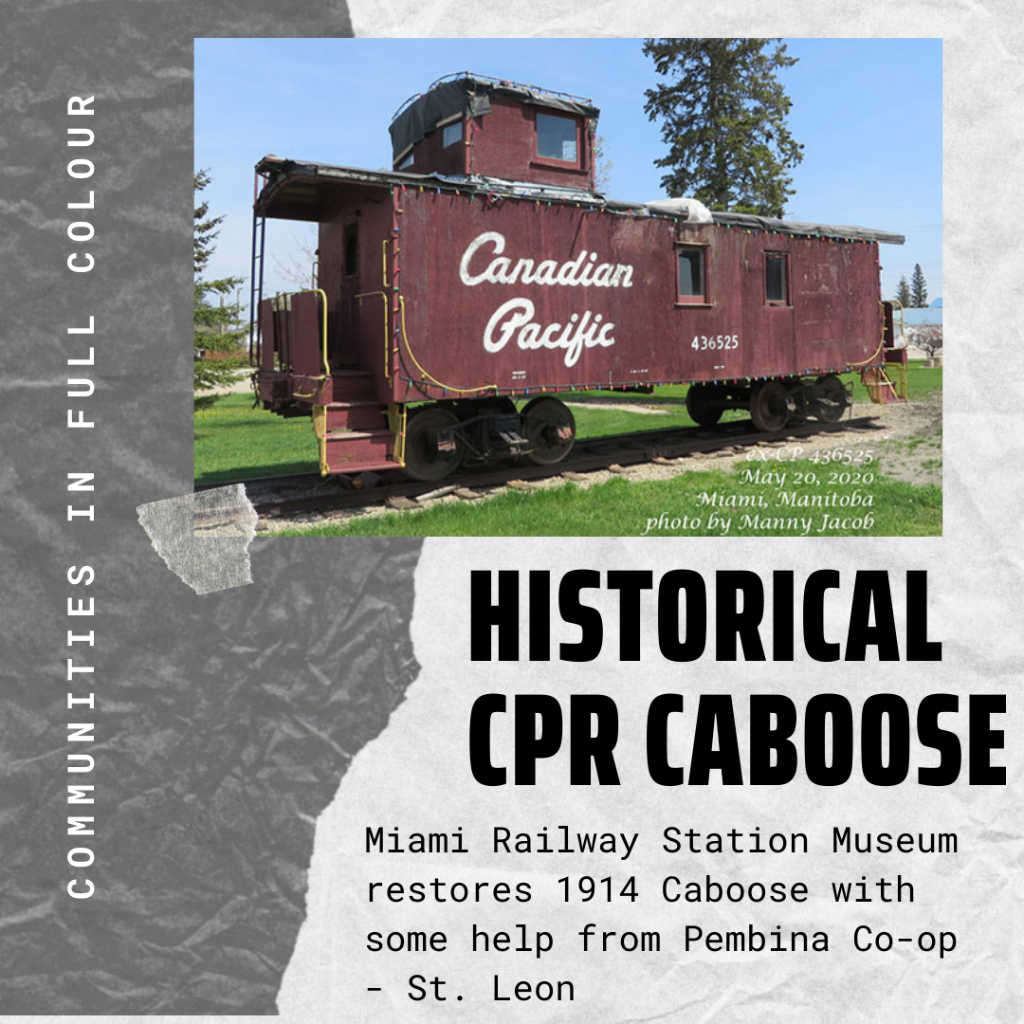 ... was built in 1889 at Miami in the Rural Municipality of Thompson in Manitoba. It is the only original station of its design located on its original location in Canada. It is a National Historic Site and a Municipal Heritage Site. The building was a Northern Pacific and Manitoba Railway station, which was used for many years by the Canadian Northern and Canadian National Railways.

It is now a museum run by a board of citizens of Miami. The mission of the board is to preserve the building and depict the life and times of the station agent in a rural prairie community. It is also a repository of rail artifacts and history.

The Miami Railway Station Museum is a main attraction for Miami and the Rural Municipality of Thompson. Every year we welcome over a thousand visitors to the Museum. Many visitors go on to visit the businesses and facilities in and around Miami. The overall mission of the municipality is to provide economic stability for the citizens and the museum achieves that. The municipal website and many signs and brochures picture the museum as a symbol of the community.

The caboose was built in 1914 in Montreal and used by Canadian Pacific Railway for many years. It was acquired by the Miami Railway Station Museum in 2019, moved and placed on tracks adjacent to the museum building. It is currently being restored to its original appearance with tongue and groove lumber inside and outside. The interior will be open as an exhibit to educate the public on the role of the caboose, and the crew who rode in it.

When the caboose arrived in Miami, it had been neglected for many years. After it was built in 1914 it was used by the CPR for many years. Plywood covered the planks on the sides and ends. When it was decommissioned it was used as a bunk house, and a cabin. The body was removed from the frame at this time. When the owner of the Archibald Museum bought the caboose from Balgonie, Saskatchewan, he had to find the frame and trucks to place it on. The only ones he could find were CNR, so that is what is under the body. When the Archibald Museum closed the caboose was left to nature's elements. When the stove pipe blew off in a storm, the son of the owner covered most of the roof and sides with a large tarp. 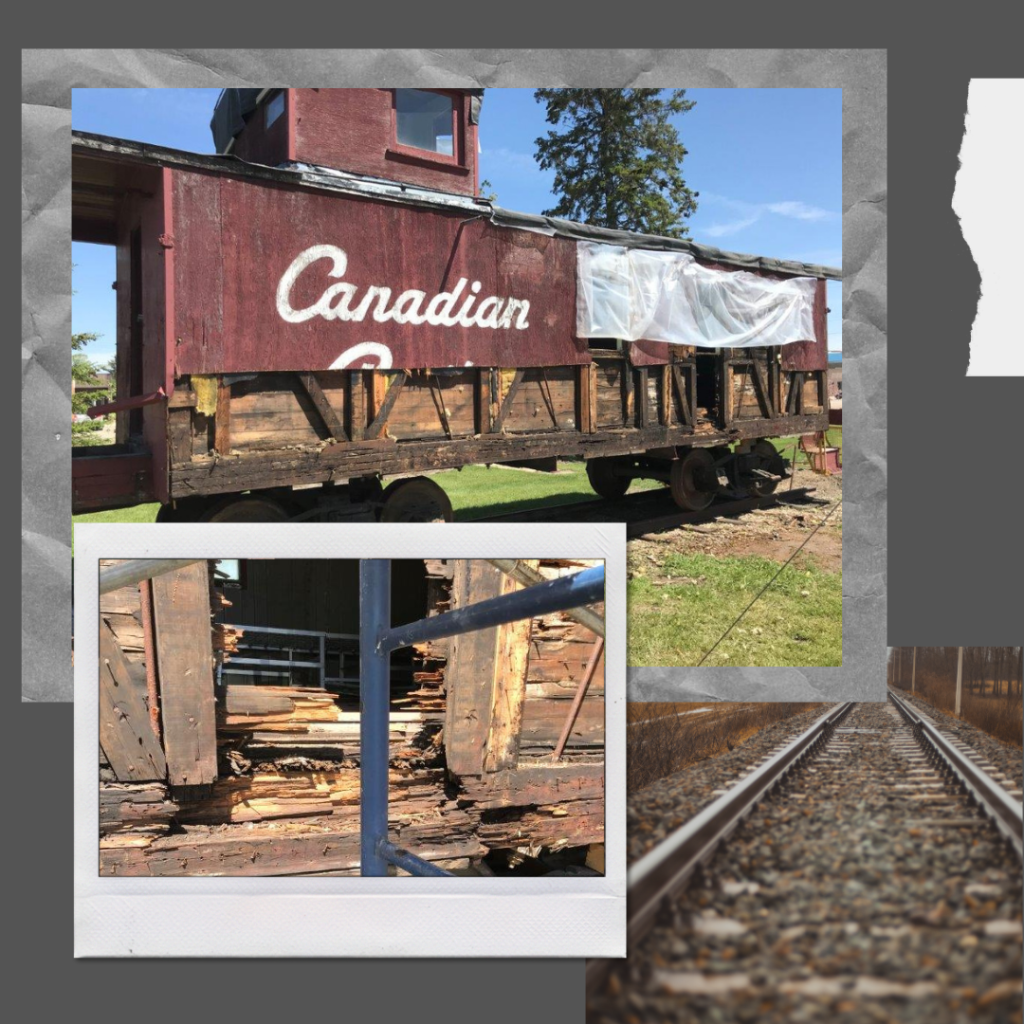 "When the caboose arrived in Miami many citizens came out to see the arrival and many, many have visited the restoration site and commented favorably on the restoration."

Once we got the caboose on the rail, we removed the tarp and found the sides were very rotted. The roof leaked badly, and the window frames were sinking into the frame.

We stripped the sides to the original frame and started over. It took a great deal of labour. Once the sides and ends were replaced the window frames rebuilt, and the roof covered, it was time for the staining and painting.

The sides are mineral brown stain that matches the building. The ends are safety red as they were in 1914. The cupola is painted the same way. We get lots of questions regarding the colour scheme, but that’s the way it was! We are waiting for the railings, ladders and stove pipes to be stripped and painted and will install them in the spring. The inside has been rebuilt as well and is waiting for spring to have the floors stripped and painted. Once furnished with displays the caboose will be open to the public. 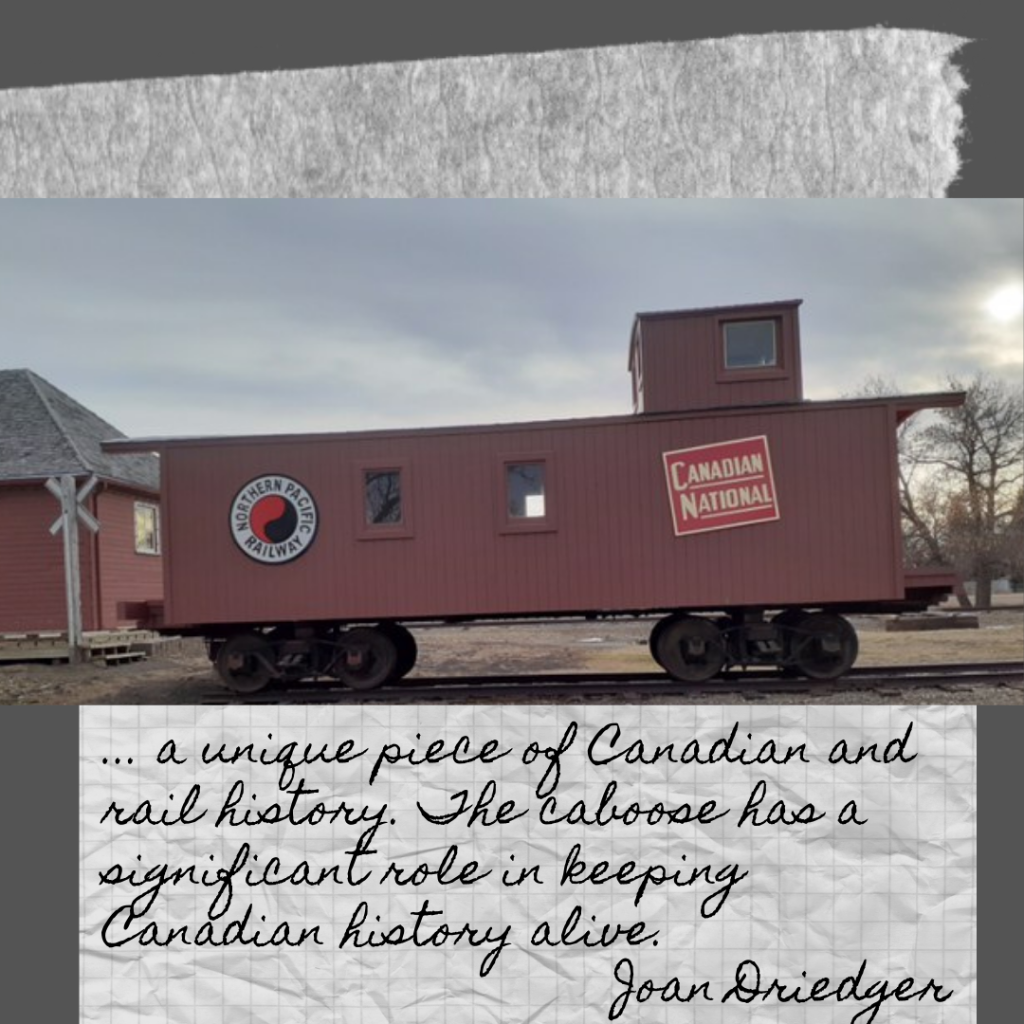 Pembina Co-op is proud to be a partner in supporting community initiatives that help protect the history and provide educational opportunities for our youth. 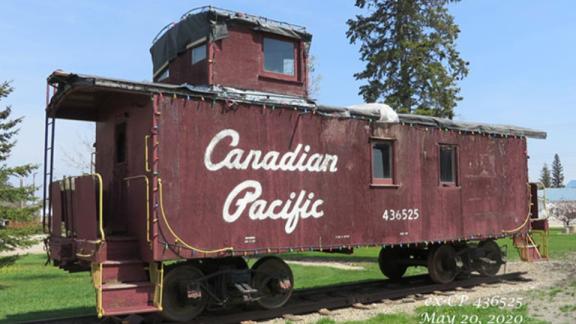 Local
Arena gets a makeover in Miami, Manitoba 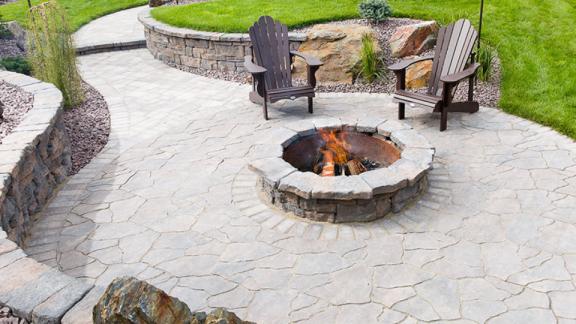